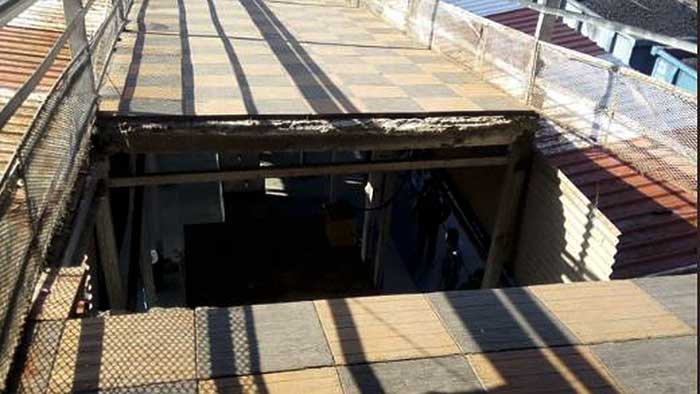 At least nine people, including a woman were injured after a portion of the foot overbridge connecting two platforms collapsed here on Thursday morning, officials said.

A senior railway ministry official said that the incident happened around 9.10 a.m. when the portion of the side ramp of foot overbridge at platfrom number 2 and 3 of Bhopal railway station collapsed.

All the nine injured persons have been admitted to Railway and civil hospital here.

DRM and senior Railway officers have reached to the spot. General Manager West Central Railway is monitoring the incident.