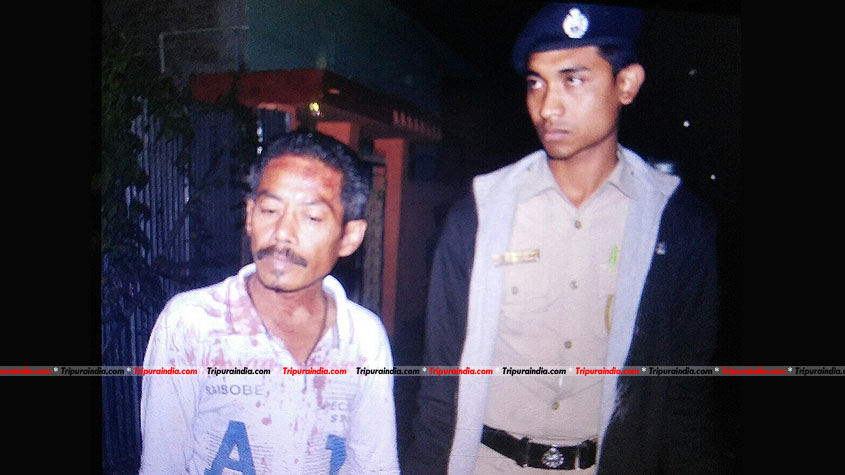 The accused was identified as Nanda Gopal Sinha (42) residence of Math Chowmuhani.

Police arrested the accused person immediately after the locals handed over him with the police.

According to the locals, the accused Nanda Gopal Sinha known for his bad character often used to visit one Ruma Singh, mother of two child who lost her husband a year back.

On Monday night the accused while standing in front of her house, Ruma Singh comming out engaged to a scuffle with the accused person, and later getting an alarm of this the 42 years Tinku Ghosh while managing to stop them the accused stabbed him with a knife which he carried with him, said the locals.

However, later the locals getting this witnessed caught hold the accused person and handed over him with the police.

The victim is currently undergoing treatment at Agartala GBP hospital.