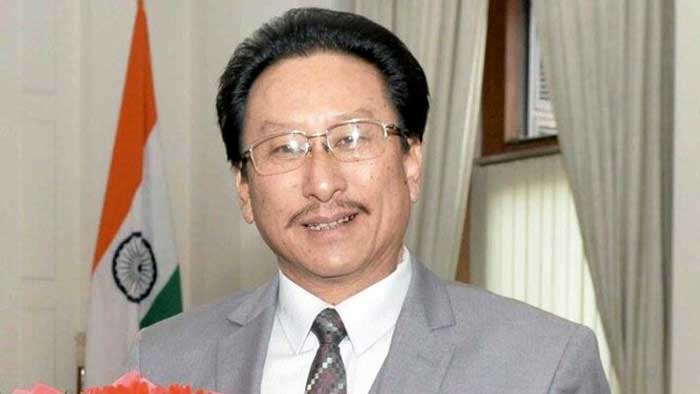 Three Parliamentarians from the northeastern states of Nagaland, Mizoram and Tripura are facing a strong local backlash for supporting the Citizenship (Amendment) Act (CAA).

In Nagaland, the NPF, the main opposition party, on Wednesday suspended its Rajya Sabha member K. G. Kenye from the party for "anti-party" activity for voting in favour of the CAA. Kenye, however, said that he voted in favour of the amendment bill as it exempted Nagaland because the Inner Line Permit (ILP) regulation has been in force in the state.

Last month, Kenye had quit as Secretary General of the NPF but had not quit the party.

Lalrosanga, a former Director of Doordarshan, told IANS that he had voted for the CAA as per the decision of the party. On Tuesday a large number of MZP activists staged a demonstration at ALengpui airport and showed black flags to Lalrosanga as he arrived at the airport from Delhi.

The opposition Congress, demanding Lalrosanga's resignation, called him a "traitor" for voting in support of the CAA. Mizoram Chief Minister and President of the ruling MNF, Zoramthanga had said that Lalrosanga had voted in favour of the bill in Parliament at the behest of the party as the union government had fulfilled the people's demand to exempt Mizoram from the purview of the amended act.

Rebati Tripura, a teacher-turned-politician said : "For the all round development of the tribals and the state he would be active both inside and outside Parliament."

After violent protests in the northeastern states from local and regional parties including the BJP's allies -- Meghalaya's ruling National People's Party (NPP) and Mizoram's ruling MNF -- the central government also exempted the Tribal Autonomous District Council (TADC)-governed areas besides the ILP administered areas from the ambit of the CAA.

Meanwhile, the ruling BJP's ally in Tripura, the Indigenous People's Front of Tripura (IPFT), continued its indefinite sit-in for the fifth day on Friday. Braving the cold weather, several hundred activists including women led by the leaders of the IPFT, continued their demonstration in Khumulwng for keeping the state out of the purview of the CAA and for the creation of a separate state for the tribals.

Other tribal parties, including the Joint Movement Against Citizenship (Amendment) Bill (JMACAB), a conglomeration of many tribal parties which had called off their agitation against the CAA on December 11 after a meeting with Tripura Chief Minister Biplab Kumar Deb, resumed the agitation from Tuesday.

The JMACAB, led by the Indigenous Nationalist Party of Tripura (INPT), one of the oldest tribal-based parties in the state, demanded the exclusion of Tripura from the ambit of the CAA.