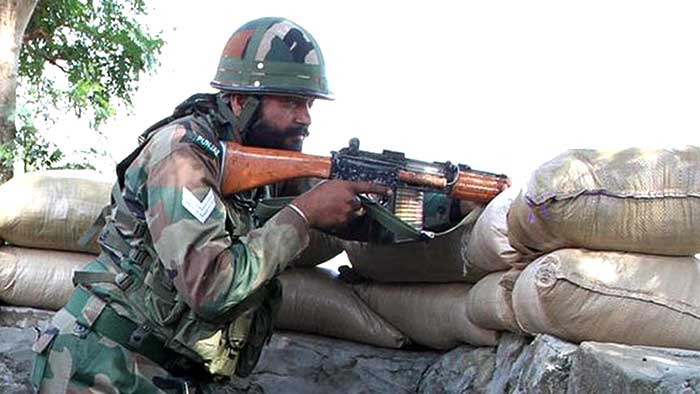 Three militants were killed on Wednesday in Jammu and Kashmir's Anantnag district during a gunfight with the security forces, police said. As incriminating material including arms and ammunition was recovered, police requested people to co operate and stay away until the area was sanitised.

This was the first gunfight in the valley since mobile network service was restored after a gap of 72 days on Monday. Security forces on Wednesday surrounded Pazalpora village in Bijbehara area following specific information about a group of militants hiding there.

"As the security forces closed on the hiding militants, they fired triggering an encounter. Firing exchanges are still going on in the area," police officer said.

During the cordon and search operation, the hiding militants fired on the search party. The fire was retaliated leading to the gunfight.

In the ensuing encounter, the three militants were killed and the bodies were retrieved from the site of encounter. The identity and affiliation of the slain militants were yet to be ascertained, a police statement said.

"Incriminating material including arms and ammunition was recovered from the site of encounter. Search in the area is in progress. Police has registered a case in this regard," the statement said. "People are requested to cooperate with police till the area is completely sanitized and cleared of all the explosive materials if any."