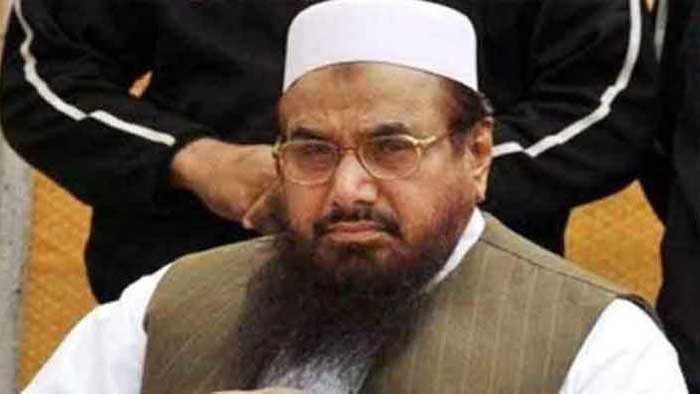 Hafiz Saeed, the mastermind of the 26/11 Mumbai terror attack in which more than 160 died in 2008, was indicted on Wednesday by an anti-terrorism court in Lahore.

Saeed, the chief of the proscribed Jamaat ud Dawa (JuD) was indicted along with other JuD leaders, who were booked in July for offences pertaining to terror financing, reported Dawn.

On Saturday, the court had delayed the indictment owing to unavailability of one of the suspects in a case registered by the Counter terrorism Department (CTD) on charges of terror financing.

On July 3, the top 13 leaders of the JuD were booked in nearly two dozen cases pertaining to terror financing and money laundering under the Anti-Terrorism Act (ATA), 1997.

The CTD, which registered the cases in five cities of Punjab, declared that the JuD was financing terrorism from the massive funds collected through non-profit organisations and trusts including Al-Anfaal Trust, Dawatul Irshad Trust, Muaz Bin Jabal Trust, etc.

These non-profit organisations were banned in April as the CTD, during detailed investigations, found that they had links with the JuD and its top leadership.

Subsequently, on July 17, Saeed was arrested from Gujranwala on charges of terror financing by the Punjab CTD. He was sent to prison on judicial remand after the CTD presented him before a Gujranwala ATC.

In April 2012, the US announced a bounty of $10 million on Saeed for his alleged role in the 2008 Mumbai attacks that killed 164 civilians.