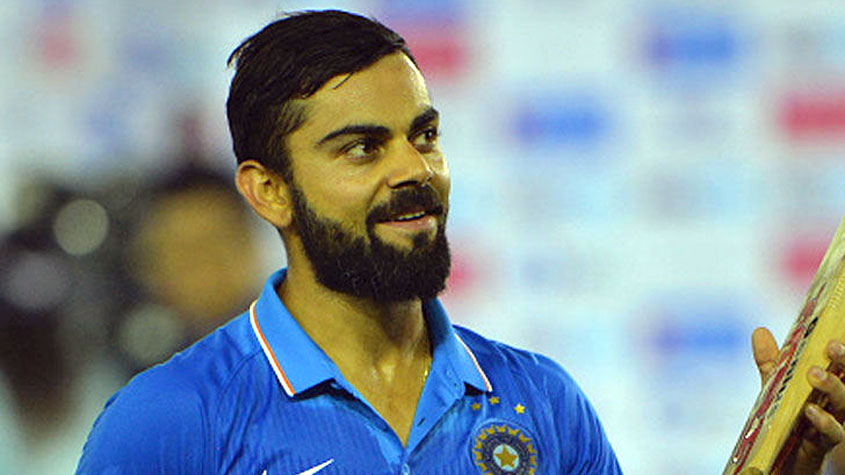 India on Sunday chased down a target of 316 in a thriller of a series finale to beat the West Indies by four wickets and take the three-match series 2-1 at the Barabati Stadium here.

It was the Men in Blue's last match of the year in which India finished second in ODI rankings and continued their reign at the top of Test rankings, and captain Virat Kohli said that it has been one of the best years for Indian cricket, barring their loss in the semifinal of the ODI World Cup.

"The year 2019 has been one of the best years for Indian cricket. Apart from the 30 minutes in the World Cup, it's been a great year. We'll keep chasing that ICC trophy. But apart from that, the way we've played has been satisfying," Kohli said in the post-match presentation ceremony.

Kohli said that what has been particularly satisfying is the way the Indian fast bowling unit has grown into one of the best in the world, often taking the sheen away from the performances of the spinners. He said that this makes them a more confident touring side.

"Having a bunch of fast bowlers who can bowl out any opposition anywhere and them taking the attention away from the spinners in India is a huge achievement. We feel we have it in us to win series overseas, not just the odd game," he said.

Kohli once again played a key role in India's chase, scoring 85 off 81 balls as India completed the highest successful run chase in this venue.

"Dew is a big factor and since it was a good batting pitch, all you needed was a mini partnership and the opposition will start to crumble," he said.

The West Indies, however, seemed to have got right back into the game when Kohli was dismissed in the 47th over with India still needing 30 runs to win off 23 balls. But in came Shardul Thakur and smashed 17 runs off six balls to take away any advantage that the visitors may have gained.

"It was outstanding to see others finishing the game. Honestly, when I got out I had a nervous phase, but I looked back at Jaddu (Ravindra Jadeja) and he looked confident. They just changed the game in three overs. Watching from outside is way more difficult," said Kohli.

Navdeep Saini made his ODI debut on Sunday and picked up two wickets. K.L. Rahul and Shreyas Iyer made cases for themselves at the top of the order and the contentious number four position, respectively, with consistent performances throughout the series.

Kohli said India are looking to blood younger players so that they can take the responsibility when the time comes.

"We are in the process of trying out people, see how they react under pressure. Whether people want to accept it or not, the younger people will have to step up in a few years," he said.